Savvy mortgage brokers are acutely aware that to achieve long-term success, they must not only grow their loan book, but they must do it in a sustainable way.

Put simply – independent of any compliance burdens which regulators may impose – brokers must avoid building a proverbial “house of cards”, which will inevitably come crashing down with the first financial storm.

Although there are many facets to building a sustainable business, I was recently reflecting on the precarious levels of debt many home owners are taking on. Australia has been enjoying post GFC growth, fuelled by mortgage debt. But the party can’t last forever.

Of course, as finance professionals, we are sensibly required to stress-test repayments before putting a consumer into new debt. But Australians are also facing a number of other financial pressures. Just ask most people on the street and they will tell you that the cost of living is creeping up much faster than any increase in their wages.

One factor which may put upward pressure on interest rates is Donald Trump’s surprise ascendancy to the United States’ Presidency.

Avoiding the strong temptation to comment on his policy agenda (which was arguably shaped by his running mate and credentialed conservative, Mike Pence), there are two thing relevant to our industry, which we know about Mr Trump:

In wanting to prioritise local businesses and jobs, the natural consequence of protectionism is to lock poorer countries out of global trade due to their comparative advantage of lower wages.

This is unlikely to affect Australia, although the Trump Administration can be expected to maintain US agricultural protectionism against Australia and similar countries. Australia is more likely to be affected indirectly, should Asia fall into recession.

Then, by introducing Reaganesque tax cuts, Mr Trump is hoping to stimulate growth in the economy. With more money available to pay for the same things, this is likely have an inflationary effect. And the most likely response to protect the value of the US dollar and to curb inflation would be to raise interest rates.

And should the US start increasing rates rapidly, then our Reserve Bank would have little choice but to respond similarly here.

As brokers would know better than most, debt can be an extremely useful tool if kept at responsible levels and managed properly.

But knowing that interest rates are at an all-time low and that there are potential signs of inflation on the horizon, the challenge is to ask yourself, “Am I simply meeting my responsible lending obligations? Or am I ensuring that I build a sustainable business, which will stand the test of time?” 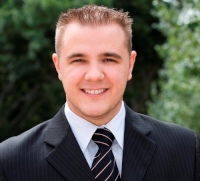