The biggest winners from Labor changing their policy on property taxation and negative gearing are tenants.

I know Labor’s policy change has caused concern among some in the community – that they genuinely feel taxation is at the heart of property price growth. Unfortunately, the data doesn't bear that out.

In fact, Australia comes in 18th for house price growth over the last year according to Knight Frank. New Zealand prices have risen more – they came in at number 2. In New Zealand, the government has just introduced changes similar to, but more significant than, those mooted by Australian Labor. The changes do not apply yet, but they will apply to all properties that are bought now. The result? The housing market is still strong.

And that’s the case with so many other countries that rank higher than Australia on the price growth rankings – Canada (11), the UK (12), the US (5) and even the pin-ups of social engineering success, Sweden (6) and Norway (10). All have faced this issue and fared “worse” than Australia. If nothing else, it shows this is not an Australian issue and not driven by Australia’s tax system.

In fact the biggest losers from this policy would have been tenants. Under Labor’s proposed policy, whenever a landlord decided to sell a property, they would be more likely to sell it to an owner-occupier – because the incoming investor would not be able to offset the losses from owning an existing property against their other income.

If an investor sold it to an owner-occupier, then who loses? The tenant, who gets booted out and forced to find a new home.

Where would these tenants move to? Areas with a high number of new properties that attract investors – i.e. new housing development, traditionally on the outskirts of town or in new high-density developments.

It would have had a huge impact on the structure of our society and where people live. Talk about division.

Over time it would mean old houses with backyards would be shut off to tenants; inner city would be filled by owner-occupiers. Those who choose to rent would have less housing security knowing that when their landlord sells, a notice to vacate would likely follow. Not only that, it would also mean they would more likely need to move out of the area they call home and into unfamiliar suburbs, as more and more of the existing housing gets transferred to owner-occupiers.

Sustainable house prices are a big issue for us to address. My view is that supply and the costs of developing new housing is a bigger issue than demand. I know others disagree.

If you think that it is a supply issue, then don’t discriminate based on the age of the property – if you need to do so, limit negative gearing to a certain number of properties.

Whatever your position is on property taxation, one of the big winners from Labor dropping their housing taxation policy are tenants.

Sam believes the key to business success is to establish long-term relationships built on trust, mutual respect and founded on honesty. 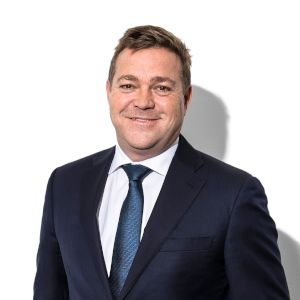