When I open the papers, I am often confronted by an overwhelming feeling of negativity.

It seems people are doing it hard across every industry throughout Australia. But is this actually the case?

According to Mortgage Choice’s inaugural Money Survey, over 45 per cent of Australians said they were “not concerned” by their financial situation. And the result was even better in my home state of Western Australia, where more than 50 per cent of people said they are comfortable with their finances.

Yes, the cost of living is rising, but so too are wages and it seems the majority of people understand this.

If we look at the latest data from the Westpac Melbourne Institute of Consumer Sentiment, the numbers of optimists and pessimists are fairly equal at present, which indicates a “neutral” consumer mood.

This “neutral” mood supports a steady approach to monetary policy, which is exactly what we are likely to get if you look at the latest cash rate predictions made by some of the nation’s leading economists.

Westpac’s chief economist Bill Evans said while he does believe the cash rate has now “bottomed out” at its current level of 2.5 per cent, he doesn’t expect rates to heard north until mid-2015, when they should move up by approximately 0.5 per cent.

This prediction definitely comes as good news to both potential homebuyers and homeowners.

Further, a prolonged period of rate stability should continue to aid housing affordability.

We have already seen a slight improvement in housing affordability over the last 12 months.

Recent research conducted by the Real Estate Institute of Australia together with Adelaide Bank found housing affordability had improved slightly over the last year, with the proportion of income required to meet loan repayments now sitting at 30.8 per cent.

In Western Australia, the proportion of family income required to meet home loan repayments currently sits at 26.0 per cent - a 1 per cent improvement on the year before.

Traditionally, as housing affordability improves, the number of home buyers entering the market tends to increase, and this certainly seems to be the case at the moment.

If we look at data from the Australian Bureau of Statistics, the value of dwelling commitments rose month on month throughout the December quarter.

Overall, 2013 was a strong year for mortgage lenders, with escalating demand for mortgages.

According to the research conducted by the Real Estate Institute of Australia and Adelaide Bank, the total number of loans (excluding refinancing) increased quarter on quarter last year.

This rising demand for mortgages resulted in an increase in property sales, which led to the 9.9 per cent annual increase in Perth’s home values.

And, with interest rates still hovering around record lows and the expectation that the Reserve Bank won’t lift the official cash rate until mid-2015, I think we can expect to see a further jump in property values this year.

In Western Australia, we are already enjoying strong home loan demand, which bodes well as we head into the notoriously hot spring selling season. 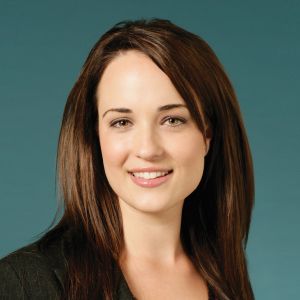