Discover some of the top news stories impacting the mortgages space in this weekly wrap-up.

The financial watchdogs have remained wary of risks to the housing market as cash rate rises flow through to mortgage cu...

Australia’s household wealth has reached $14.9 trillion largely due to house price momentum, yet quarterly growth has ...

The fintech has launched a software-as-a-service B2B product, said to be geared towards streamlining process times for t...

The fintech has launched a software-as-a-service B2B product, said to be geared towards streamlining process times for traditional lenders.

Domain has said the state’s new housing measures could be a promising first step to improve affordability, after Sydney prices surged by 40 per cent over the pandemic.

The UK government has outlined plans to require buy now, pay later providers to ensure their customers can afford their repayments.

Credit union and bank to merge

Firefighters Credit Co-operative Ltd has announced plans to merge with one of the largest mutual lenders in Australia.

According to FCCL general manager Bob Malcolm, the merger talks came after the credit union faced “many new challenges” in the past year.

“We believe that, in order to best serve members, the mutual banking sector must quickly adapt their commercial and technological offerings,” he said.

“We reviewed our position and recognised that the best path forward was to seek a merger with a partner that understood our values and priorities and would allow us to achieve benefits of scale to deliver a sustainable future for our members.”

Recognising the “strong synergies” in focus, the Victorian credit union aims to merge with TMBL under the deal, folding into the group’s existing firefighter brand, Firefighters Mutual Bank.

What the proposed merger entails

Speaking to Mortgage Business, Firefighters Mutual Bank general manager Jim O’Connell outlined that due diligence is currently underway, with an information pack expected to be sent out to the 3,000 FCCL members before a member vote in early 2021.

“Subject to that vote, [the proposed merger] goes back to the regulators for final approval, and then we can bring the two organisations together,” he said.

“We hope it will be completed by June next year, but most likely around April/May 2021,” he added.

If approved next year, the FCCL brand would cease to exist independently and instead operate under the Firefighters Mutual Bank brand.

All staff are expected to be retained in the proposed merger, and members of FCCL would likewise become members of TMBL.

Should the merger be approved, Mr Malcolm would then take responsibility for Firefighters Mutual Bank’s operations and business development in Victoria, reporting into Mr O’Connell.

Discussing the proposed merger, Mr O’Connell noted that when the Firefighters Mutual Bank brand formed in 2016 (through a merger with TMBL and Fire Brigades Employees’ Credit Union, where Mr O’Connell held the role of general manager), it was key to the brand to find a partner that could help it expand its product range and add more offerings around serviceability. He added that FCCL would likewise benefit from the merger by having access to the group’s product range and reach, including mobile and phone banking services.

The Victoria-based credit union – which currently has a loan book of approximately $35 million – would also benefit from expanding its reach from its state confines by utilising Firefighters Mutual Bank/TMBL’s broker network partnerships nationally, Mr O’Connell said.

He told Mortgage Business that FCCL and Firefighters Mutual Bank were both “values-based” and worked hard to deliver for their members.

“So, it was very logical to come together,” he said.

“We are very much focusing on the emergency services community, and we’re able to give back to those communities and their families.

“So, for all firies, for all emergency service workers and their families, we really think it can be a great place for them to do the banking into the future.”

FCCL’s Mr Malcolm added: “We identified Teachers Mutual Bank Ltd as our preferred partner because it is the right cultural fit. We are both strongly committed to becoming the main financial services provider for the national firefighter and emergency service worker community, and I look forward to playing an ongoing role in this vision.”

TMBL CEO Steve James said that the proposed merger shows “strong leadership and foresight by both boards of directors in creating a strong opportunity for both mutuals to grow and provide exceptional service to their loyal firefighter members”.

“The unprecedented market turbulence of the past year has demonstrated why size and scale matters in the mutual sector,” Mr James continued.

“As one of Australia’s largest mutual banks, we are able to provide our members with outstanding value through our ongoing investments in technology, a robust workforce of over 600 staff who are committed to delivering quality support and high engagement with the communities in which our members operate.”

There will be no changes to the current composition of the Teachers Mutual Bank Ltd board.

Credit union and bank to merge

The aggregator’s chief financial officer is set to depart, for a posting with another ASX-listed company.

Simon Bednar has been named as the new chief executive of mortgage aggregator Finsure, as former CEO John Kolenda take...

The Lendi Group has appointed Antoinette Tyrrell to spearhead the group’s brand marketing initiatives as it looks to a... Open banking and the consumer data right have been in effect in Australia for years, but only starting to feed through i...

Nearly 58 per cent of loans funded by banks are originated by the third-party channel, according to APRA statistics. ...

The Reserve Bank tossed up increasing the cash rate by either 25 or 50 bps for June, with its governor revealing that he...

As some global economies head towards recession, NAB chief economist warns there could be flow-through implications in A...

NSW commits another $500m into housing

As part of its latest budget, the state’s government will invest nearly half a billion dollars in expediting housing s...

Australia’s household wealth has reached $14.9 trillion largely due to house price momentum, yet quarterly growth has ...

Domain has said the state’s new housing measures could be a promising first step to improve affordability, after Sydne...

The reform that will make stamp duty optional for first home buyers has seen mostly positive reactions across the proper...

NSW FHBs to choose how they pay stamp duty from 2023

First home buyers in NSW will be able to choose between an upfront payment or a smaller annual property tax from next ye...

The fintech has launched a software-as-a-service B2B product, said to be geared towards streamlining process times for t...

Most Aussies are wary of open data: survey

Lenders hoping to benefit from open finance could be challenged by consumers who are apprehensive to share their data. ...

The major bank has confirmed that it has aligned with the cloud banking platform as a means to grow the recently launche... 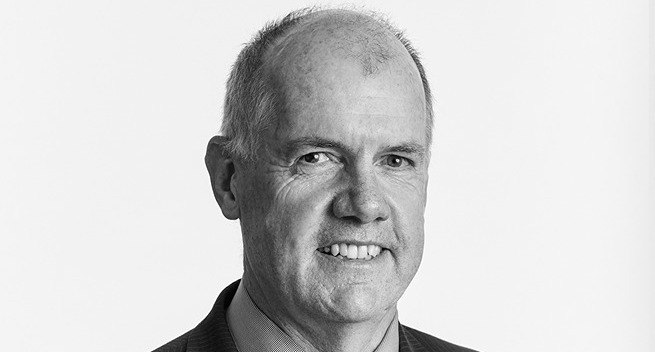 The regulator has expressed fears for competition around a proposed acquisition, warning that it could further fuel a m...

The financial watchdogs have remained wary of risks to the housing market as cash rate rises flow through to mortgage cu...

The UK government has outlined plans to require buy now, pay later providers to ensure their customers can afford their ...

The US central bank has opted for its largest interest rate hike in almost 30 years, in an effort to squash surging infl...

After the big four lifted rates by 50 bps, several non-majors have followed suit hiking rates on both mortgages and savi...

APRA is finalising a letter to banks relaying its expectations around crypto assets and flagging them to “proceed with...

Predictive analytics in lending expected ‘in next 12 months’

Lenders and brokers will be able to harness predictive analytics from open banking data to proactively offer loan produc...

Musings on my mortgage experience

It finally happened: I’m a home owner. After more than five years of writing about mortgages, I finally got to see beh...

The group executive overseeing its Australian retail arm said that ANZ Plus reflects a “rebuild and rewiring” of the...

The former Australian MD of payments business WorldFirst has been named the body’s next chief executive.