There has been much talk this month about Australia’s over-reliance on the Chinese economy. With two-way trade at A$155 billion, this is hardly surprising.

Concerns are centred on China’s vast debt appetite, which surpassed the three-times GDP threshold in the first quarter of this year. So why should this be of concern to Australia? Well, even if China’s is a managed economy, it cannot control the economies of those with whom it relies on trade to support its economic growth.

The borrowing of money by governments occurs for two key reasons to make up a limited shortfall in income over outgoings or to stoke productivity. It has traditionally been the latter that has driven China’s borrowings.

China’s overseas investments have also been strategic. Its purchase of US Treasury Bonds, for example, helped improve US liquidity to drive further consumption of Chinese goods. This is debtor finance of the highest order.

But with global debt at 217 trillion—it has reached a staggering 327 percent of total global Gross Domestic Product—it is, therefore, rather a matter of when and not if central banks will have to remove their feet from the borrowing accelerator to the debt brake. And the threat of such austerity measures in countries that trade heavily with China will be a rapid reduction in demand for Chinese goods and a reduction in the income necessary to support its debt.

Of course, China accounts for a vast amount of global debt. In fact, half of all new global debt created since 2005 has been China’s. Meanwhile, it accounted for only 15 per cent of the global economy during the same period.

It should then begin to become clear why global debt matters to us because, when central banks take action to cool rising debt, the first thing they will do is dampening their banks’ enthusiasm to lend by increasing capital reserves and tightening lending policies.

We are seeing these pressures on Australian banks now. These strategies will lead to a credit crunch, which in turn will lead to a reduction in demand. And this is where it hits China hardest. When [rather than if] China’s economy slows, there will also be less demand for raw materials, which account for a vast percentage of Australian exports. China’s economic woes will be felt here quickly by a loss of exports and a loss of corresponding tax dollars, which will have to be found elsewhere through austerity measures or tax increases.

There is also an elephant in the room regarding China’s rising debts: a maturity mismatch between investor-held bonds and China’s long-term debt-funded projects. There is also an economic disparity between local authority bond issues and sovereign debt issues. China’s sovereign bonds should attract higher yields, but often times they do not. The mismatch in maturity cycles is the biggest concern because it means that China’s debt needs are not locked in for long enough to conclude the large infrastructure projects it has embarked on. If its economy suffers, investors will be free to liquidate, leaving the State with unfunded projects. Only 23 per cent of China’s bonds have maturity cycles that match its long-term debt demands.

As a harbinger of concern, Moody's has recently downgraded China for the first time in 30 years, which will undoubtedly increase its global cost of borrowing. This process will continue across the globe, most notably in Europe where failing economies such as Italy, Greece and Spain are located. And, while the growing middle class in China may take up some of the purchase energy required to keep the economic engine running in the short term, that population cannot prevent a rather hard landing in the medium term.

If we see a Chinese sell-off of US bonds to fill the gaps in domestic funding left by exiting Chinese bond holders, then we will know things are very bad. 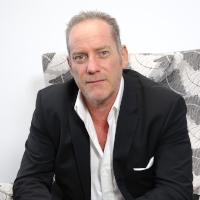 Andrew Way is the director of Semper Capital and is credit, investor relations, corporate strategy and responsible lending lobbyist.

Andrew has worked in banking and finance for 30 years, specialising in risk management. Originally from the UK, he worked in Hong Kong and Singapore for 12 years before moving to Australia in 1999 as CEO International Ratings for Ernst & Young. He has also worked in the private sector and as a consultant and advisor to governments and non-governmental organisations.

Andrew is one of the founders of Semper and remains an advocate of regulatory reform in the (currently non-regulated) commercial finance sector and a proponent of responsible lending practices.