The national housing market continued to recover during 2013 as the impact of the lowest interest rates in 60 years, improved affordability and rising confidence activated homebuyers at varying levels in most capital city markets.

The Sydney housing market recorded strong levels of buyer activity through 2013, with record levels of buyer and seller activity reported during the spring home auction season. Sydney’s median house price increased by over 10 per cent in 2013 to record-high levels now well over $700,000. The unit market in Sydney has also performed strongly, with the median price now above $500,000 for the first time.

Only Sydney, Perth and Darwin will have recovered to previous peak levels, and all other capitals will remain below their previous house price peaks recorded in 2010, with Brisbane clearly the out-lier at still five per cent behind.

The outlook for capital city housing markets in 2014 remains mixed, with the impact of declining economic activity set to act to generally moderate house price growth. Mixed-speed local economic conditions will, however, prevail, with underperformances from Sydney, Melbourne, Adelaide and Canberra offset by continued strength in Perth and a solid re-emergence of the Queensland economy impacting on Brisbane and regional markets.

Rising unemployment will likely activate the Reserve Bank to again cut interest rates, notwithstanding a downward trajectory for the local currency dependent as usual on the international economy, particularly the performance of the US.

Although lower interest rates will be a bonus to mortgage holders, the impact on housing markets will be muted by concerns over job security and continued low income and profit growth. The prospect of a continued modest performance by the stock market will also act to subdue prestige property buyers – particularly in Sydney.

Within a fluid and uncertain economic outlook, it is expected the national median house price will likely increase by between three and five percent in 2014, bolstered by solid early-year contributions from Sydney, Perth, Darwin, Brisbane and Hobart, with more modest inputs from Melbourne, Adelaide and Canberra.

Much will depend, as usual, on the economic environment as it unfolds, with pessimism currently outweighing optimism over short-term prospects.

Rising investor activity has been a key element of prices growth in 2013, particularly in Sydney’s western suburbs.

Increased investor activity can be expected in the Perth, Adelaide and Brisbane housing markets. Brisbane inner- and middle-ring suburban houses will in particular provide the prospect of solid rental and prices growth, low vacancy rates and relatively high yields.

Regional markets likely to appeal to investors in 2014 include Cairns and Toowoomba in Queensland, Newcastle and Wollongong in NSW, and Ballarat and Bendigo in Victoria.

New unit markets in inner-city Brisbane and the Melbourne CBD continue to indicate signs of oversupply, with rising vacancy rates and falling rents and prices.
Sydney, however, is experiencing an apartment building boom, reflecting significant underlying demand for higher-density living, particularly in inner- and middle-ring suburbs.

First home buyer numbers are at low levels in Sydney, Melbourne and Brisbane due to high levels of demand being brought forward from this group over the past two years. This was a result of changes by each of these state governments to the treatment of first home buyer incentives.

First home buyer activity in Adelaide and Perth remains at healthy levels, with market share above or close to the long-term historical average.

It is expected that first home buyer numbers will gradually increase in the larger capitals over 2014 driven by the strong underlying aspiration for home ownership. 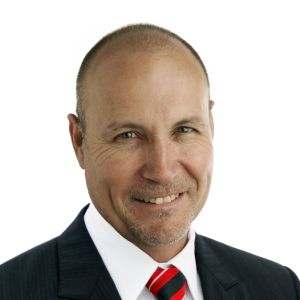