The tangled web of bank ownership in Australia means it can be hard to define exactly what is a non-major bank in this country because the big four hold such a significant stake in many of the banking industry’s minor players.

Pre-GFC, there was a measure of diversity in the sector but when the smaller banks started to struggle the pool shrank and, mostly, the big fish ate the little fish. So now, what is referred to as a ‘non-major bank’ is quite possibly just an offshoot of one of the big four. Same story with a couple of ‘non-bank’ lenders, which makes that something of a misnomer, and aggregators.

Westpac owns St George, Bank of Melbourne, Bank SA, and RAMS. NAB holds Advantedge, and UBank, which it founded in 2008, and is a major shareholder in Homeloans Ltd in concert with Macquarie Bank. CBA owns BankWest, and the lion’s share of Aussie, which acquired Wizard in 2009. Macquarie is soaking up market share through Yellow Brick Road’s acquisitions of Vow and Resi.

What this means for the customer is the top tier of the sector controls much of the next tier, effectively giving itself the power to dictate what the terms of any ‘competition’ would be. From the majors’ perspective, it makes perfect business sense.

It helps them keep interest rates artificially high and lets them retain control of the home mortgage sector nationwide. And by holding big stakes in the aggregators they move into greater domination of the broker channel.

Australian banking regulations support them to that end. Even the interim Murray Report had to admit the industry is “concentrated”.

Data from COBA has the banks writing 92 percent of Australian home loans. Alarmingly, survey respondents guessed that figure to be closer to 70 percent.

The survey also found 62 percent of participants did not trust the big four banks to give independent financial advice, and 86 percent want more transparency and clarity on rates and fees. More competition in the banking industry was needed according to another 54 percent.

What these statistics say is that the majority of Australians underestimate the level of control the major banks exercise over the home mortgage industry in this country. Customers already feel that they are not treated fairly by the banks and they find them untrustworthy. Little do they realise the extent of the situation.

While it is not a secret that the big four own a chunk of the non-major banking sector, clearly it is not common knowledge. And the way the ownership hierarchy filters down through the third-party sector is even murkier.

It would be a worthwhile exercise to follow the family tree to show which aggregators are owned by which banks, then do the sums to determine what percentage of loans go to the bank that owns them.

A bank owning a controlling stake in an aggregator means an increase in loan volumes through white label products and limits on which lenders make it onto the lending panel. Some of the more competitive non-bank lenders can find themselves effectively shut out of the channel.

Customers are entitled to assume their bank, their non-bank lender and their mortgage broker will act in their best interests. If this is possibly not the case – that their bank or broker is unlikely to offer them any product, service or interest rate that would put the parent bank under pressure – a full disclosure should be made.

It shouldn’t be too much to ask that banks which are deemed ‘too big to fail’ might lumber down off their pedestals and engage in the spirit of competition, instead of just swallowing the competition. It’s time to come clean with the banking public. 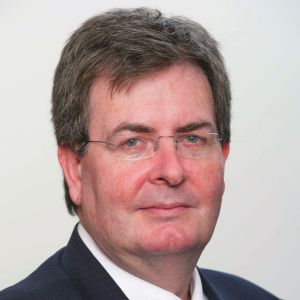 Kim is founder and Managing Director of Firstmac Limited. He has been in the Australian finance industry for the past 30 years, and has owned a number of different companies and brands in that time. Kim was there at the start of the non-bank lending industry in Australia and was one of the leaders that challenged the banking industry at the time and made home loans more competitive for every day consumers.