How Has Australia’s Recession Affected Mortgage Rates and House Prices?

The Australian housing market has defied industry expectations during 2020. Now that the Australian economy has finally emerged from its first recession in 30 years, landlords and private buyers alike are wondering whether now is the perfect time to invest in housing. Let’s assess fluctuating house prices, economic indicators and interest rates to see whether property is a sound investment in the current economic climate. Although house prices fell during the first half of the year, analysts believe that house prices will rise to pre-pandemic levels by early 2021. Already this year, house prices in Sydney and Melbourne have returned to 2017 levels, while house prices in Brisbane, Adelaide, Hobart and Canberra all reached record levels in November.

It’s important to note that how stably Australia emerges from its recession will likely impact how house prices change in future months and years. As a result, because the economy remains volatile, property-led business owners such as landlords must keep up to date on the performance of the country’s economy as a whole before making investment decisions.

The importance of this strategy can be seen by taking a look at the ASX 200 graph index for 2020. This shows that the performance of the wider Australian economy often reflects house price changes. For example, when house prices fell by 3% between March and September, the value of the Australia 200 also fell from highs of just over 7,000 in March to lows of under 6,000. However, as house prices have begun to rebound in October and November, the Australia 200 index has also risen sharply from the 6,000 level at the beginning of October to above 6,600 at the end of November.

How Have Interest Rates Changed? 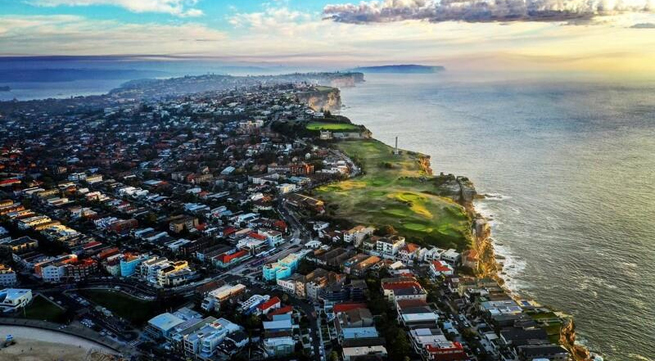 Another economic indicator that will impact investment decisions is fluctuating mortgage interest rates. After all, this year, Australia’s mortgage market has been almost completely reshaped by the introduction of low-interest rates. Historically, Australians have usually opted for variable mortgage rates. However, the introduction of lower-margin fixed-rate loans means that landlords and homeowners are now looking at a viable alternative to variable deals.

In November, the Reserve Bank of Australia cut the official cash rate to 0.1%. When doing so, they also announced that they could not see this rate rising for at least three years. However, banks responded to this by slashing rates for fixed mortgages, these savings have not been passed onto variable rate mortgage holders. Currently, fixed-rate loans are available at around 1.9% in the country, while variable loans are available at around 2.6%. As a result, Reserve Bank of Australia Governor Philip Lowe said that everybody should “go and ask their bank for a better deal. If they don’t give you a better deal… switch to a bank that will”.

These new low-interest rates increase the attractiveness of property investments in two ways. Firstly, low-interest loans make it easier for landlords and homeowners to diversify their portfolio and buy more houses. Secondly, they provide property owners with existing portfolios the opportunity to save a large sum of money by changing their deal or swapping provider.

In summary, Australia’s housing market is buoyant at the moment. With house prices rising across the country and interest rates falling to record lows, now looks like a good time for landlords to expand their property portfolios. However, the economic outlook for the country remains volatile. As a result, property owners should not rely on industry forecasts alone; particularly as expert predictions of property price falls of up to 20% for 2020 proved inaccurate. Landlords should track the wider Australian economy to see how the country emerges from recession, as this could have a big impact on house prices in 2021 and beyond.

How Has Australia’s Recession Affected Mortgage Rates and House Prices?

Property sale settlements hit a two-year high across the country in December 2020 and surged in Victoria, driven by the easing of COVID-19 r...

Xinja fate is a lesson for other fintechs: GlobalData

Fintechs, including UK-based Monzo Bank, could face the same fate as Xinja unless they create a sustainable future, GlobalData has warned. ...

30% growth set to materialise in 75% of regions

Property analysts believe that the RBA’s forecasted 30 per cent growth in property prices over the next three years will materialise in 7...

FROM THE WEB
Recommended by Spike Native Network.