Women have bounced back from the financial impact of the pandemic significantly faster than men, according to the Financy Women’s Index.

The Financy Women’s Index, commissioned by Financy and supported by Deloitte Access Economics, AMP and OneVue, measures and tracks the financial progress of Australian women and time frame to gender economic equality on a quarterly basis.

According to the latest edition, the index rose by 2.2 per cent to 74.1 points in the September quarter from a revised 73.3 points in June.

This was nearly half of the pace of progress recorded in the June quarter, when it had risen by 4.2 per cent.

Despite women facing gender-linked financial inequalities and an early setback in job cuts relative to men at the beginning of the coronavirus outbreak, payroll data referenced by Financy seemed to suggest that, on average, female employment grew at a faster rate than men’s in the three months to September.

During the quarter, full-time employment for women rose by 1 per cent to 3.22 million, compared with a decline of 0.1 per cent for men, to 5.32 million.

In the year to September, female full-time employment numbers rose by 4 per cent, outpacing the 1 per cent growth recorded for male equivalents.

Alongside improved jobs growth, the September quarter saw a fresh high in female ASX 200 board appointments and a narrowing of the gender gap in the underemployment rate.

Bianca Hartge-Hazelman, author of the Financy Women’s Index report, said that although the result is positive, the situation “remains volatile” and the short and long-term effects of COVID remain to be seen.

“Despite the progress, Australian women remain in a more financially insecure position relative to men and continue to face gender gaps across all but one of the financial indicators measured by the Financy Women’s Index,” she added.

The forecast time frame for Australia achieving gender economic equality has remained unchanged, at 32 years, because of the significant gap in unpaid work. Data obtained prior to the pandemic showed women in relationships or without children were doing 60 per cent more unpaid tasks than men.

The gender pay gap stood at 14 per cent in the September quarter, slightly higher than the 13.9 per cent reported in the March quarter.

Meanwhile, the gap in super may narrow because of the fast recovery in employment, coupled with the government’s early release scheme, with the report pointing to higher withdrawal total among male recipients.

Prior to COVID, the average woman had 50.3 per cent less retirement savings than the average man, as shown by the 2018 Household, Income and Labour Dynamics in Australia (HILDA) survey.

Younger women, aged 15-24 years, along with older women, were hardest hit by job losses at the start of the pandemic, and have largely been left out of the partial recovery in female employment.

The sectors suffering the largest job cuts, such as accommodation and food services, and arts and recreation had employed 19 per cent more women in the September quarter.

But there are still 18 per cent fewer women and men working in the accommodation and food services sector than in the June quarter, with 419,000 female workers versus the prior 513,000.

Deloitte Access Economics partner Nicki Hutley has predicted COVID will have two legacies that will linger on for women.

“The first lies in the direct impact on women as workers, often casual in the most vulnerable sectors and as primary carers,” Ms Hutley said.

“The second, and more important legacy will be the policies implemented to address those imbalances to ensure when the next shock occurs – be it another virus, extreme weather disruptions or financial sector driven – women do not bear a disproportionate burden.”

She added the one “silver lining, if it can be called that”, of the COVID period was access to free childcare for a brief time.

“It was a massively missed opportunity for the federal government not to introduce this support on a permanent basis and generate significant long-term increases in female participation and economic growth,” Ms Hutley said. 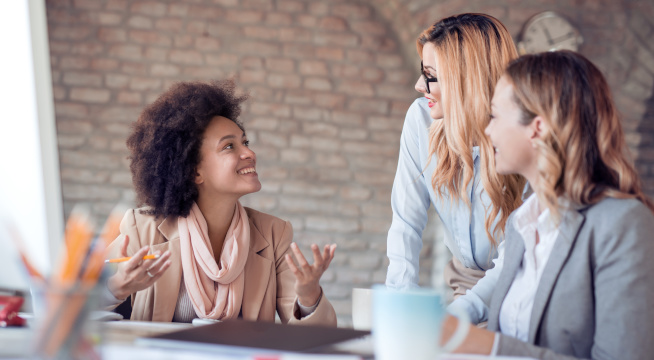