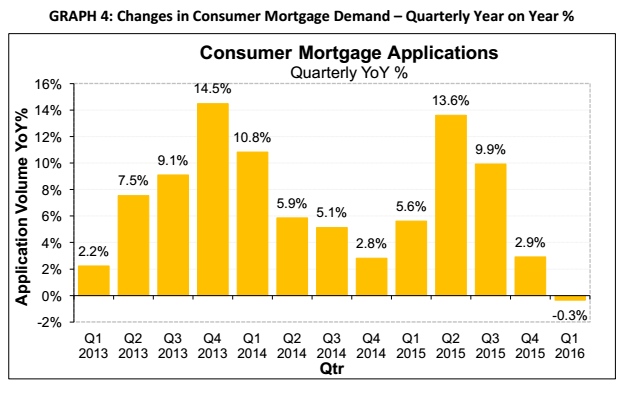 “The cooling demand for mortgages is consistent with other recent indications of cooling in the housing market, including auction clearance rates that are down from last year’s peaks in Sydney and Melbourne, and a slowdown in house price growth,” the report noted.

While the latest data indicated a more subdued housing market in 2016, Veda reported an upwards shift in the relative share of mortgage applications by consumers in younger demographics.

“This would appear to support the growth of investment lending over owner-occupier, particularly impacting younger consumers,” Mr Luffman said.

“In the last two quarters, this trend has ceased and is showing early signs of reversing. This is likely indicative of the impacts of the Australian Prudential Regulation Authority (APRA) driving policy changes on investment lending,” he said.