While there is little evidence of deterioration in lending standards at the moment, rising property prices have a history of attracting lower quality borrowers to the market, writes AMP Capital chief economist Dr Shane Oliver.

"There is little evidence of deterioration in lending standards at the moment.

It is probably true that when you add up the total housing finance figures you get more interest-only loans, but that’s only because the proportion of investors has gone up; it doesn’t mean that overall bank lending standards have eased.

Obviously if you’re a central bank, like the Reserve Bank, you would want to see extrapolative property price gains occurring and easing lending standards, which is the sort of thing that would set things up for a destabilising bust at some point, but at the moment I don’t think we are there yet.

What often can happen is the longer the period of price gains, the more you end up scraping the bottom of the barrel in terms of potential borrowers.

After a period of caution, it is usually those who are pretty sound that get in initially and who the banks are prepared to lend to. Those who had the equity saved up and their income levels are quite secure, those tend to be the people who borrow first through a housing cycle, and the banks are quite happy to lend to them.

Banks’ lending standards are usually tighter at the start of the cycle rather than the end. As the cyclical boom continues, a lot of those good quality borrowers have already got their money, the banks are under pressure to maintain their growth in lending, and often that reflects competitive pressures in the share market; you want to see the profit numbers impress on the upside.

Banks then start easing their lending standards and you begin to see the deterioration.

When times are good and the property cycle gets underway, initially there is a lot of uncertainty and banks are reluctant to lend and regulators are still breathing down their necks.

As the cycle goes on, it is usually in better economic times that the lending offices become more confident that prices will keep going up.
It is classic behavioural economics in a way: the environment starts to affect the behaviour of the lending offices.

But those risks are a fair way off. It could be several years off. Unfortunately, it is often the new home buyers who present the highest risk, as they tend to have the highest LVRs, as opposed to the investors or owner occupiers who are looking to trade up.

It is unfortunate because first home buyers are arguably the ones who should be getting in earlier."

Dr Shane Oliver is Chief Economist and Head of Investment Strategy at AMP Capital. A regular contributor to financial publications and the national media, his weekly commentaryOliver’s Insights provides analysis on the Australian economy 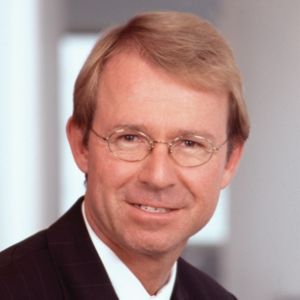