This week two American lawyers Dean Strang and Jerry Buting were being interviewed about Season 2 of Making a Murderer, a hit series on Netflix that has a large portion of the Australian population captivated.

Perhaps the most compelling part of this story is the second conviction of Steven Avery, after being exonerated for his 1985 rape conviction, after DNA analysis proved he was not the rapist in that case. After 18 years in jail, upon his release Steven sued the county, its former sheriff and district attorney seeking millions in damages for his wrongful conviction. But then, in a strange twist, when the lawsuit was filed, Steven was charged with murder.

One of the pivotal things that fascinates in this case is this is not what we expect justice to look like. And we ponder what we would do if we found ourselves in Steven Avery’s shoes.

Despite the success of the Netflix series, lawyers Dean Strang and Jerry Buting deny any celebrity status for themselves. They say in bringing this case to the world their intention is to foster a larger discussion about systemic problems in administering justice in the USA or anywhere. They say there is no justice system that is perfect and wherever human beings are involved in the administration of justice there will be mistakes, intentional or otherwise.

Which brings me to credit repair.

It is very clear to me as the Lead Advocate at Princeville Credit Advocates that we also need a larger discussion about systemic problems in our financial system. Like the justice system, wherever humans are involved in our financial system there will be errors. And while errors made with credit reporting – placing negative information on credit files incorrectly - won’t have the same devastating impact Steven Avery has suffered, there is and will continue to be a significant impact on consumers and individuals because of the mistakes that are made.

In both the justice system and in investigating credit reporting errors, evidence is core to getting to the truth of what occurred. What we find, often, is that mistakes are made, some careless, some intentional and others unintentional, that cost affected Australian’s thousands of dollars per year in higher interest rates. Or the cost may be that an individual is denied the right to a home loan or other credit contract because of an erroneously placed default or judgment listing.

Lawyers Dean Strang and Jerry Buting say there is currently no criminal accountability for intentional wrongdoers who plant evidence or destroy it and any civil accountability falls on tax payers. That’s why we need more accountability to fall on organisations and individuals within organisations to encourage greater transparency and care when dealing with credit reporting. We are on the coal-face of seeing how it affects people’s lives and I think, as a society, we can do better. 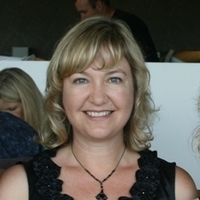