The challenge to regulators in the non-bank lending space

ABC television recently aired a documentary that described the experiences of troubled mortgagees who had sought the services of a ‘lender of last resort’.

The show served as a warning to desperate borrowers of the pitfalls of dealing with lenders in the currently unregulated commercial non-bank lending sector.

However, one mistake it made was to insinuate that ASIC was ineffective, because it is hard for ASIC to introduce regulations that stop abuses without causing unintentional overreach.

We are strong advocates of responsible lending and have pursued the introduction of safeguards against abuses but as industry participants in the consultative process in the development of the National Consumer Credit Protection Act, we have seen how hard it is to devise legislation that protects the disadvantaged without negatively impacting lending in its entirety.

We know the government struggled with this issue too; the previous incumbents attempted to railroad changes to the currently unregulated commercial lending space by applying elements of consumer regulations to small business lending under ‘NCCP II’. It was so ham-fisted and ill-conceived that industry as a whole pushed back, much to the annoyance of Treasury participants. Eventually it was postponed indefinitely.

Perhaps we should have known things would be problematic when Treasury’s questionnaire prior to the consultative process asked, “Is there a difference between lending to consumers and small businesses and if so, what?”

To us, it is obvious that consumer lending is ‘consumptive’ – consumers borrow money to buy things they can’t afford today, on the basis they will repay with interest from future income. But, being ‘consumptive’, there is very little in consumer borrowing that is designed to return a net future value (real property acquisition aside). Businesses, on the other hand, borrow capital with the intent of maximising turnover to return an increased future net benefit. But if you seek to apply consumer-like conditions to business borrowing, as the government did though NCCP II, then you face all sorts of problems. An example of this is in ‘proof of capacity to repay’, a tenet of lending regulations post-GFC.

In a consumer context, ‘proof of capacity to repay’ is very easy to determine and shows it is best to lend to borrowers in long-term gainful employment where this is simply a matter of estimating net disposable incomes. Banks use the Henderson Affordability Guide as a benchmark for this.

Lending to businesses is a very different matter though. A business that can demonstrate steady profitability and a strong growth trend has plenty of borrowing options. But very few small businesses, to which NCCP II was specifically aimed, can do this. There are many reasons why, but let’s just say that entrepreneurial small business operators often maximise their tax planning options which reduces their ability to prove abundant serviceability. But should this preclude them from borrowing capital, particularly if they have equity in real property to offer as security? You must decide.

However, the government under the NCCP process sought to restrict the use of equity in a business owner’s principal place of residence by applying consumer-like lending restrictions. What’s wrong with that? Well, let’s go back to ‘proof of capacity to repay’. If I’m a small business owner, a building developer for example, and I have an opportunity to buy another piece of land for development but am heavily geared and therefore need to use my own house as collateral, unless I can prove my capacity to repay, then, in the event of default, the lender potentially faces having its principal and interest set aside by the court or the credit ombudsman. Those that argue this is reasonable forget the many times that such advantages are taken by borrowers to maximise a future net benefit.

The primary result of such legislation would be a further reduction in lender appetite for small business risk. It would be the sensible business borrowers who suffer.

And what about businesses that borrow to speculate for future benefit? If you penalise the lender for providing them this opportunity because you cannot ‘prove a capacity to repay’ from such speculation you affectively make the lender a silent partner in the business with all the responsibility and indirect punitive culpability of a director, but without any authority.

We apply our own test that we call the ‘proof of benefit’ test. If an applicant cannot articulate a reasonable benefit, or an intended future benefit, by borrowing then we don’t lend. But no such test currently exists at law. As another measure we require a proven capacity to exit, or serviceability trends that indicate the borrower will be able to leave us for a bank within two years.

What our experience tell us is that government can, in attempting to do good, cause unintentional consequences by ill-conceived legislation. But there is a two-point solution that has been overlooked by the regulator that could ultimately clean up the currently unregulated non-bank commercial lending space:

1. Introduction of the concept of a licensed responsible credit officer with responsible lending guidelines

2. Introduction of a lender register for all lending entities and their responsible credit officers.

In this way ASIC could, under a relatively simple consultative process and regulatory guide process, realise the application of its own principles of responsibility, and unconscionability, without the need for court action. Through assessment of complaints and by applying a simple negative registry it could remove the license of a responsible credit officer and render a lender unable to lend if it felt it was breaching its responsible lending guidelines and/ or acted unconscionably.

This would have the added benefit of reducing the failures of lending companies that raise capital by debt issuances, such as Banksia because borrowers that should not have been provided further loans because they can no longer meet the ‘proof of capacity to repay’ or a ‘proof of benefit’ by borrowing should sell assets quickly to realise the highest possible return, rather than borrow additional funds. As harsh as this is, it would at least save them from predatory lending practices.

Our proposal would soon prevent the fee-fishing antics of well-known Australian companies whose business models allow them to create considerable income from collecting under charging clauses without lending a dollar. We are not suggesting a lender should not pursue fees under certain circumstances, but these fees need to be reasonable and open to scrutiny.

For brokers, introducers and advisors, there are simple things you can do to protect your client from predatory lending practices. Firstly, use a search engine to research the lender and its key people. Check court records for legal recovery actions and ask them how many legal actions they have been involved in over the last two years. And how many, out of the last 20 applications they’ve had, did not proceed without cost to the applicant?” Of course they can bend the truth but your last litmus test is to ask what fees will be charged if a loan does not proceed, and get this in writing.

In the last 10 years, we have not had to take a property off a borrower, nor have we had to issue a statement of claim, so our test of ‘proof of benefit’ combined with means and exit testing works for us – and our clients.

The challenge to regulators in the non-bank lending space 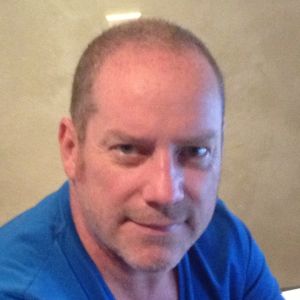