The Reserve Bank, which has been otherwise idle over the past year, has been keen to point out that the banks are doing its work for it by competing and cutting mortgage rates, though it is mostly fixed rates that the competition is working on.

Typical variable rates are still around 5.2 per cent, fixed rates have been nudging 4.9 per cent.

You can get a 2.8 per cent mortgage, but the catch is you have to be in the UK to get it. But today I ask what is stopping our rates falling that far?

I’m in London at the moment having a good look at the UK residential market and the economy, and thinking that our Reserve Bank is not doing a very good job of managing the Australian economy.

UK tracker rates (variable rates) have fallen this year from 2.88 per cent to 2.77 per cent, as reported in the UK Sunday Times.

Want a fixed-rate mortgage? Borrowers are rushing to fix their rates. They can get a two-year fix at 3.67 per cent, though five-year fixes are up at 4.2 per cent and indicating where the markets think the economy will be in five years’ time.

Even so, the Australian economy is in the doldrums and needs a push start. I’d argue that our cash rate still has plenty of room to fall. It’s at 2.5 per cent at the moment, while the UK rate is 0.5 per cent – what is to stop our cash rate being reduced by one or two per cent?

The economy is recovering at its fastest pace in years, up 0.8 per cent last quarter and 3.2 per cent on the year and growing.

Inflation is only 1.9 per cent. First-time homebuyer numbers reached a record amount in July with 30,000 securing their first mortgage.

No, it’s not Australia; it’s the UK – the slow, geriatric economy that is overtaking ours.

We seem to be following the UK into the post-GFC malaise, only five years later, and we should be looking for urgent coordinated action on the part of the RBA and the federal government to stimulate economic growth; yet it seems to be nowhere under discussion.

If our cash rate were to fall say another one per cent, we may need to consider putting some limits on mortgages, but only in Sydney really. If a minimum 10 per cent or 15 per cent deposit was fixed in Sydney, that would go some way to limiting growth, maybe some similar move in Melbourne, but elsewhere house price growth has been modest and other cities could cope with some stronger growth.

A lower cash rate would lower the Aussie dollar, which is exactly what the RBA has been calling for but has failed to achieve.

An Aussie dollar trading around US$0.80 would do much to stimulate domestic non-mining business, and even help the mining sector cope with lower resource prices.

Unfortunately it all seems a dream.

So we go back to an Australia where our politicians sit on their hands and wait for growth to increase all by itself. 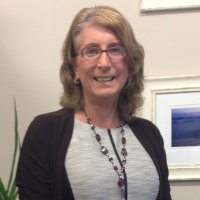